Most of the things we want to change in our lives require that we change ourselves first. The exorcist must rid himself of the things that bedevil him; before laying claim to casting out demons in other men. This is just my inkling but I stand to be corrected. Change is two-way traffic. It has to reflect within, for it to register on the outside in our realities. Or in real life as a layman would put it. It has never been in doubt that any desirable outcomes we seek in our lives are within the clasp of our mortal reach. But we still find means to create and grapple with dissatisfaction and displeasure.

Why so? I would submit it is because we jump the gun. Where the cart goes before the horse contrary to expectation. Men ignore the prerequisite of making alterations within themselves first before influencing the same in other areas. You cannot tutor hygiene in a pig sty. You must initially prove yourself worthy of emulation in such matters then become a yardstick for others. There’s a saying I like by Pietro Aretino, “I am, indeed, a king because I know how to rule myself.”

Unfortunately, since we ignore this core principle. This raison d’etre of effecting meaningful progress, we end up conflicted and veiled in hopelessness. Many times we are the agents of our own stagnation. But we quickly wallop these grave indicting thoughts and willfully sanction living in denial. Next Sunday, as you stand by the lectern, sputtering spiritual rhetoric in the form of, ‘No weapon formed against me shall prosper!’ Be sure to look keenly into the congregation and assert it is not you behind the gun.

In this breath, men stare at only two options. They are forced to either shape up or ship out. The latter are many whereas the former, sparse. After death the hardest thing to face is truth. And in our lives squaring up mano a mano with truth can mean going eyeball to eyeball with ourselves. This often proves a yoke too arduous for many men to bear. And so men escape. We escape to places closer or far yonder. We run, take flight and scale up the windy walls of our lives hoping we turn up unscathed on the other side. Freed from our own visage clawing on to the hope it never catches up with us again. We grab our truths by scruff of the neck, hang them in a noose then woefully dangle in a pitiful state of loss of self.

We escape in more ways than one. In simple acts that are falsely cathartic. Acts that are as good as band aid on cancerous wounds. The most common snake oil elixir to problems that I know of is the stuff in the bottle – alcohol. Men drink till the genie is out of the bottle. And even then, the predicaments that fazed them remain unchanged.

‘Kila nyani na starehe zake.’ If it’s not alcohol then it’s randy relations. Perhaps it could be football or work – politics and religion notwithstanding. It’s upon them to find their footing wherever they deem best.

However, according to Genghis Khan, the man who nearly conquered the entire world, “Conquering the world is far less an art than conquering a man.” If we are to make headway that holds water in our lifetimes we are obliged to have ourselves in tandem. Going by Genghis’ proposition; the mastery of self is the hardest vocation there is. It precedes everything. As if it is a code that once cracked, sundry bounties flow through in leaps and bounds. It’s hard but when has seismic change ever been easy? If you are going to change anything you can’t stop from starting with yourself.

Likewise, if you’re going to be Superman then you’ll have to face the menace of Kryptonite. 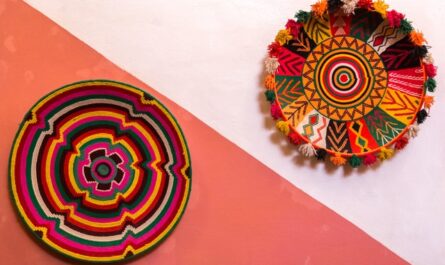 THE CHRONICLES OF DOG WHISTLING

I love this! A true testament of our 20s after uni. To everyone feeling like this, "we shall overcome" ❤️

Wenani Musa - THE STATE OF THE RULE OF LAW IN KENYA; MORE RULES FOR NO VALUES, MORE LAWS FOR MORE LEAKAGES

Congrats my friend, it is a good Article

John - THE STATE OF THE RULE OF LAW IN KENYA; MORE RULES FOR NO VALUES, MORE LAWS FOR MORE LEAKAGES

A good tout on the need of fidelity to the letter and spirit of the law.